Our founding partner, Nick Bruining, has been a Financial Planner in Western Australia for over 30 years.

In 1992, Nick followed his instinct to set up his own licensed Financial Planning practice, N.C Bruining & Associates. Without ownership or affiliation to a specific institution, the company’s priority has always been giving clients honest advice without any pressure or influence from investment managers or insurance companies. 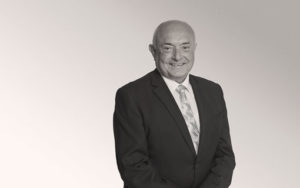 Over the following years, Nick’s reputation as a trusted and reliable resource has lead him to become a regular contributor to the Australian Financial Review, The West Australian newspaper and other media outlets. Nick is well known as one of the ‘Money Men’ on ABC radio’s very popular and long running segment. The ‘Nick Bruining Retirement Masterclass’ which continues to run in partnership with The West Australian, has had over 4,000 attendees since 2014. Nick’s best-selling retirement book ‘Don’t Panic’ was released in 2016 with an updated version released in 2018. Nick has also been heavily involved with financial planning courses at Curtin University and for the Financial Planning Association.

In 2017, long-standing Financial Planners David McGregor & Ben Coombe joined Nick as Company Directors.  Based in West Leederville, the company has been trading as Bruining Partners since 2019.